DONATE
Blog
Home 2018 April 21 Blog Waking up pro-whites to White Genocide — can it be done?
info@fightwhitegenocide.com

Waking up pro-whites to White Genocide — can it be done?

Bob Whitaker, Teaching Practical Politics, We Do What Works

This is a reply by our commenter White GeNOcide to a pro-white on another site who doesn’t care for our Mantra methods. It includes some material in WG’s other comment that’s in our preceding article, What good does it do to drive the Stop White Genocide memes into the mainstream?

We too have had “access to (today’s) new mass media” — the internet.

So what has actually happened (as opposed to what you say could not possibly happen) is that the internet has enabled a mere handful of BUGSers to succeed in anchoring the terms “anti-white” and “white genocide” in the mainstream.

Do pro-whites even recall that just a few years ago those terms were unheard in the mainstream?

The term “anti-white” has created a new category that didn’t previously exist in most white minds nor in the national conversation: policies and persons that are injurious to whites. Whites and everyone else had been trained to only think, and certainly only speak, of other races as ever receiving injury.

That’s a momentous change, and I wonder what small percentage of pro-whites are even aware of the change.

“Anti-white,” being a word that was sorely needed just linguistically as well as socially/politically, has quickly passed through the stage of being considered a joke (I remember an excellent and frightening British TV comedy skit based on it a few years ago) and is now beginning to be used as a valid term, as in Prof Thornhill’s saying “My White Racism course is not anti-white.” 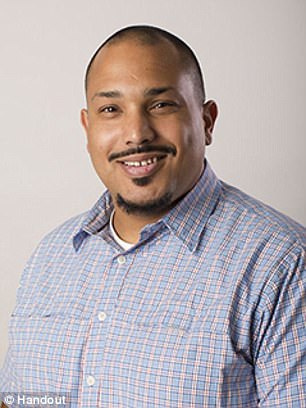 Attention has to be paid to what has already actually happened, not to claims that it could not possibly happen because there is no such thing as the internet.

The process has just begun. The term “White Genocide” will go through the same transition from being a joke to being a serious topic of national discussion.

You believe no significant changes will accompany that change in white mindset? The younger folk here will get to see!

Our job is not to predict the future, but to work to make a future possible. Judging from today, other pro-white commotion will be taking place while whites’ mindsets are being changed, commotion that hopefully will develop into something other than clown shows that do more to keep present white mindsets in place than to change them. I find all that stuff difficult to judge the final effects of, actually.

Only the slightest number of pro-whites here or anywhere else, including the clueless (when it comes to tactics, and tactics are what is needed) pro-white “leadership,” have the slightest interest in what we BUGSers or Bob Whitaker have said about anything, and that continues to baffle me — there’s something there about human nature that I don’t understand that I hope will be revealed to me before I pass on.

And now I’m way over my allotted involvement here — I don’t want to drift back into old habits that take up all my time, so I’ll leave what I’ve put on this thread to the inattention of the rest of you. Cheers!

White self-hatred is SICK!!!
Anti-racist is a code word for anti-White
‘Diversity’ means chasing down the last White person
Asia for the Asians, Africa for the Africans, White countries for EVERYBODY
#AntiWhite#WhiteGenocideBernaysBob WhitakerdiversityimmigrationmulticulturalismThornhillWhite Genocide

Anti-whites teach us why we should hammer the Stop White Genocide memes into the mainstream!
Macron and Trump will NOT discuss White Genocide