Rosanne Cash goes great guns for no guns, and draws a bead on the capture of country musicians by the NRA:

Rosanne Cash: Country Musicians, Stand Up to the N.R.A.

…the National Rifle Association has increasingly nurtured an alliance with country music artists and their fans. You can see it in “N.R.A. Country,”…

…There is no other way to say this: The N.R.A. funds domestic terrorism…

I encourage more artists in country and American roots music to end your silence. It is no longer enough to separate yourself quietly. The laws the N.R.A. would pass are a threat to you, your fans, and to the concerts and festivals we enjoy. 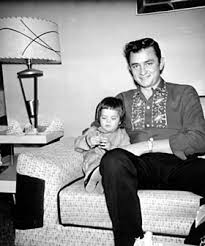 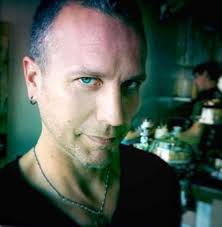 Morford: White men with guns are America’s real terrorists – and the NRA is enabling them

…Stephen Paddock…yet another “average” white American male who had easy access to all the powerful guns he wanted,..

…the NRA and their vicious hate campaigns,…It’s their nasty appeal to white males, training them to fear, well, everything and anything: the government, blacks, terrorists, women, Obama, liberals, free speech, human rights.

…the vast majority of such shootings are at the hand of – you guessed it – white American males.

That screed does kind of make me feel that white people should hold on to their guns.

My two cents and the connection to White Genocide:

Mass shooters are alienated persons who feel apart from the society they live in. If our society continues to dissolve, the connections that citizens will feel to it will diminish and more persons will carry out acts that would ordinarily be blocked by the psychic constraints of a strong society.

We are social creatures, and are fish out of water when our societies are no longer strong and cohesive.

Does it need to be mentioned that cohesive societies are generally racially homogeneous? It slaps us in the face every day that racial conflict threatens to undo our own society.

Massive third-world immigration and forced assimilation that’s being pushed in all white countries dissolves our white societies while it dissolves our white race. Being forced by law and propaganda to closely associate with masses of non-whites increases intermarriage to a rate that would blend us out of existence or reduce us to small minorities in our countries.

If you think about it, most of the bad things that are happening in white countries today on a societal scale are in full or in part collateral damage of White Genocide.

Of course that’s not why White Genocide is the most important issue for whites! 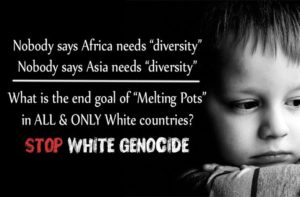