President Trump fired his opening shots today (see below) against a rampaging anti-whitism that’s been shutting down voices that are weak in their support of White Genocide!

I support #FreeSpeech. Let #AntiWhites continue to tell #WhitePeople to support #WhiteGenocide, as long as we are free to point out that that is what they are doing.#Censorship #Trump https://t.co/0BbE7gl9mW

Help us drive the phrases “anti-white” and “White Genocide” deeper into the mainstream!

Social Media is totally discriminating against Republican/Conservative voices. Speaking loudly and clearly for the Trump Administration, we won’t let that happen. They are closing down the opinions of many people on the RIGHT, while at the same time doing nothing to others…….

…..Censorship is a very dangerous thing & absolutely impossible to police. If you are weeding out Fake News, there is nothing so Fake as CNN & MSNBC, & yet I do not ask that their sick behavior be removed. I get used to it and watch with a grain of salt, or don’t watch at all..

….Too many voices are being destroyed, some good & some bad, and that cannot be allowed to happen. Who is making the choices, because I can already tell you that too many mistakes are being made. Let everybody participate, good & bad, and we will all just have to figure it out!

“Too many voices are being destroyed, some good & some bad, and that cannot be allowed to happen…Let everybody participate good & bad, and we will all just have to figure it out!“

If Trump backs up his “cannot be allowed to happen,” this will be huge. Get involved and help it be hugely pro-free speech! 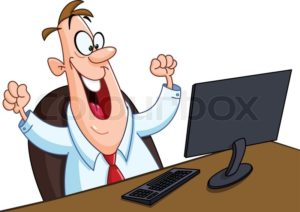