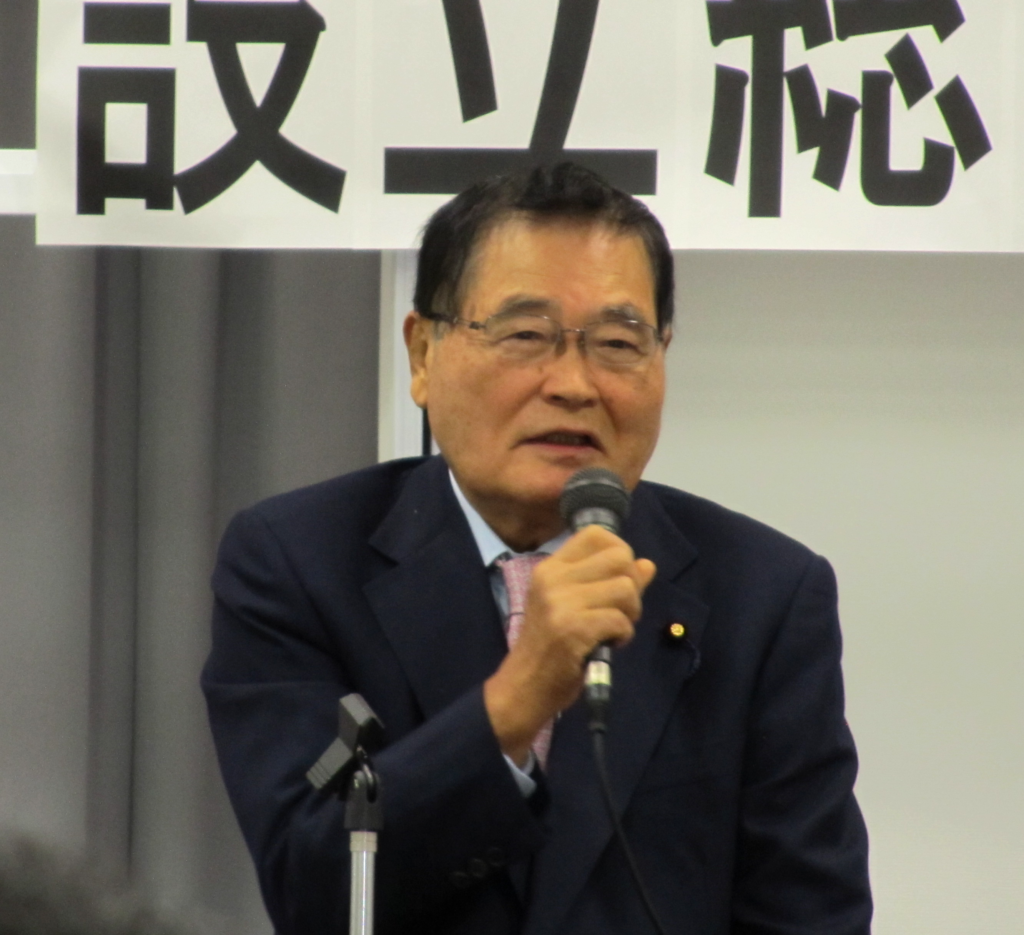 Minister Toshiro Takamichi goes to the podium to deliver his much anticipated speech announcing a new direction for Japan.

“Ladies and gentlemen: We all immigrated to Japan. Japan is a nation of immigrants. And we did horrible things to the Ainu who were already here. And Japanese birthrates are very low. Japanese have no more right to be here than anyone else. Anyone can be a Japanese as long as they assimilate. We need to import tens of millions of non-Japanese and place them in every village, every school, every place of work and encourage everyone to interbreed. Race-mixing in the 21st century is not a choice, it is an obligation, an imperative. We cannot do otherwise. If patriotic voluntarism doesn’t work, it will be necessary to move on to more coercive measures. We have an inevitable non-Japanese future. We must end Japanese privilege.

“Japan has a horrible colonial record. Japan used Korean slave labor. We have an obligation to help refugees. Japan was never a Japanese country. Japan has always been diverse.

“Japanese should adopt non-Japanese. We all need to work together to fight racism and make Japan non-Japanese. If you resist you’re a divisive Japanese Supremacist hater and you’re not a REAL Japanese because it’s about VALUES. Anything ‘too Japanese’ must be made less Japanese so it looks like the new Japan. If we don’t do these things, Japan will not survive.

“Our Representative for Migration informs me that we must undermine the national homogeneity of Japan. Japan is a rich country. We must use our wealth to help others. Migrants on average contribute more than native born Japanese. The Japanese way of life deserves to die. The Japanese of the future will be mixed race. There is no place in modern Asia for ethnically pure states.

“Japan has always been about the individual. Any notion by racist Japanese supremacists that Japan is a homeland for Japanese is un-Japanese poison. We must all come together and salute the Japanese flag. Any divisiveness only helps Russia. Anyone who steps on the magic soil of Japan instantly becomes Japanese. Anyone who says Japan is for the Japanese or that we should make Japan great again is obviously working for Putin.

“Whether we are black or brown or yellow, we all bleed red. We are all made by the same God. We are stronger together. Help us build a new diverse Japan. Remember: there is no such thing as Japanese and everyone can be a Japanese. Thank you.”