HARRISON, AR – Since June 2015 fightwhitegenocide.com has displayed a bright yellow billboard with the meme “Diversity” is a code word for #WhiteGenocide near Harrison, AR.

We were able to obtain the use of this billboard due to the efforts of a local pro-white FWG activist. He successfully secured a 5 year lease back in 2015 by approaching land owners with billboards located on their land.

Our billboard exposing the “Diversity” Con has received millions of driver impressions, and generated considerable media attention over the past 2 years. 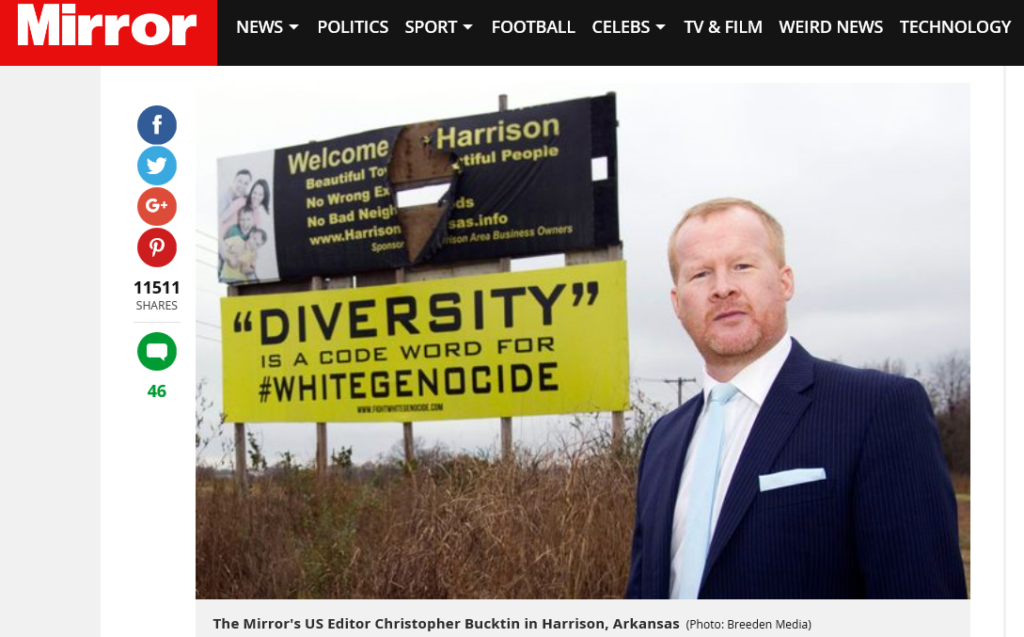 Carrie Myers, the land owner, had tried several times to have the lease agreement broken. All previous attempts had been unsuccessful.

Last week, with the help of Harrison lawyer Cathy Golden, Myers was able to have the contract voided due to a lapse in the state highway permit for the signs.

One would think if you are leasing billboards, that the lessor would be responsible for having permits for the boards they are leasing. Apparently the judge didn’t agree with that and gave Myers the exit she was looking for.

The boards came down last week and once again we learn that pro-whites can’t even BUY free speech.

We continue to aggressively seek billboard owners who believe that even heretics to the Religion of Political Correctness have a right to be heard.