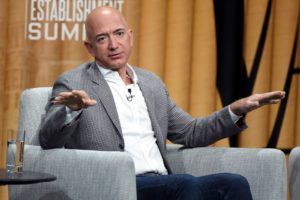 White Genocide, Inc., the gigantic anti-white conglomerate that has swallowed companies like Facebook whole, and has instituted at that company and at Twitter a much stricter censorship of pro-white speech, has now set its sights on Amazon. Amazon’s takeover is being leveraged with the fact that its board of directors is white, with three of its board members being women, and the company’s 18 highest-ranking executives are also white, one being a woman.*

So much whiteness is inexcusable to White Genocide, Inc., whose guiding principle in all its takeovers is “Anything white is TOO white and must GO!”

In regard to Amazon’s selection of its board members and top executives, a spokesman for White Genocide, Inc. said, “…shareholders would benefit from having the board adopt a policy to ensure diverse candidates.”

A “diverse” candidate is a candidate that’s non-white.

Eh? Amazon is a foundering company, dead in the water under the weight of so much unimaginative whiteness? I really must keep up better with late-breaking News!

Amazon shareholders have until May 25, 2018 to vote on a proposal that “would require Amazon to include women and people of color among candidates each time a new board director role comes open.”

The initiative was “proposed jointly by the Master Trust of the Service Employees International Union and CtW Investment Group.”

It’s all professional wrestling, with anti-whitism and White Genocide preordained as the winner, and ourselves as the loser.

Let’s return to ringside at the present match.

The U.S. Congress, another large subsidiary of the giant political/social/business conglomerate that is White Genocide, Inc., has leaped into the ring to join the supposed beat-down of Amazon.

Rep. Emanuel Cleaver, head of the Congressional Black Caucus, tweeted about Amazon:  “…their resistance to senior level #diversity is something that needs to be addressed ASAP.”

Members of the House Tech Accountability Caucus, the Congressional Black Caucus, and the Congressional Hispanic Caucus are delivering letters to Amazon demanding fewer whites and fewer males in their top positions.

“The lawmakers said they expect Amazon to arrange a meeting with them and to respond with how the company plans to improve diversity in its board of directors and across its workforce.”

All those anti-white worker bees of White Genocide, Inc. preach tolerance, but they won’t tolerate anything that’s white.

Their anti-white “diversity” agenda is only for white countries and for all the institutions in white countries. Africa, Asia and other non-white areas are not forced to be “diverse.”

“What they call diversity actually means ‘chasing down white people.’ That’s all it means. If you can come up with any example where diversity does not mean ‘We have found some White people, chase ’em down, bring in minorities…’   ‘Diversity’ is always talking about ‘too many White people.’” — Bob Whitaker

*It’s now several hours since I posted this article, and out of curiosity I just took a closer look at the photos of the Board members. Surprise: the Board is in fact not all white as is being reported, not if we follow the practice of the minority group that’s represented by at least two members of the Board, since in most circumstances that group doesn’t describe itself as white.

Anti-whitism is just one layer of bs on top of another. 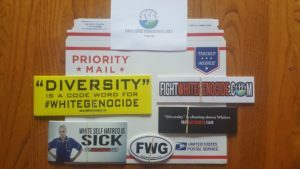