Apparently, outbreeding is a problem when we’re talking about owls.

Throughout the forests of its Pacific Northwest home, the spotted owl, listed as a threatened species, is facing a new challenge.

An interloper from the Midwest, the barred owl, has moved in and the birds are interbreeding—creating fertile, hybrid “sparred owls.”

“It’s a nasty situation,” said Susan Haig, a wildlife ecologist at the U.S. Geological Survey in Corvallis, Ore. The spotted and sparred owls are hard to tell apart, and hybrids are not protected under the Endangered Species Act. “This could cause the extinction of the Northern spotted owl,” she said.

Like an increasing number of creatures around the world, the barred owl may interbreed itself out of existence—and scientists and government agencies are taking notice.

But when we’re talking about HUMAN outbreeding, the rhetoric completely changes.

Anyone who wants to save the white human subspecies from extermination through mass non-white immigration combined with forced assimilation in ALL white countries is routinely smeared as a “white supremacist.” So is Ms. Haig a spotted owl supremacist for wanting to save the spotted owl? If she had been trained by her TV to hate spotted owls like many people have been trained to hate the white human subspecies, she might have instead made statements like these:

The barred owls just want a better life. They eat the rodents the spotted owls won’t.

Breed is a social construct.

There’s only one breed of owls, the owl breed.

All owls need to work together to end spotted owl privilege.

No one’s FORCING them to interbreed.

You can’t control who owls fall in love with.

It’s a forest of immigrants. Diversity is strength.

In America, all owls are created equal.

Their genes will still be there. What’s the problem?

The spotted owl way of life deserves to die.

Spotted owls should have more babies.

All owls came from a common ancestor.

You’re being divisive. That only helps Putin.

We have an inevitable sparred owl future.

If we don’t let in barred owls, the forest will not survive.

There are no borders in nature. All forests belong to all owls.

When an owl subspecies is being blended out of existence, that is considered to be a “nasty situation.” But when anyone shows concern for the future of the human subspecies known as white people, they are attacked as racist Nazis, fired or, in Europe, even imprisoned.

The US Fish and Wildlife service is actually KILLING barred owls.

In desperation to save the rare northern spotted owl, biologists are doing something that goes against their core — shooting another owl that’s rapidly taking over spotted owl territory across the northwest.

“If we don’t do it, what we’re essentially doing, in my view, is dooming the spotted owl to extinction,” says Lowell Diller, senior biologist for Green Diamond, a timber company.

The Fish and Wildlife Service is starting a four-year experiment to kill up to 3,600 barred owls in the northwest.

The birds will be removed from four different forests, two in Northern California, one in Oregon and one in Washington. 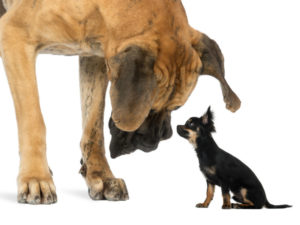 So it’s OK to KILL to save an owl subspecies but white people can’t even put up a wall without being demonized.

Cuban crocodile “supremacy” also seems to be rampant in the environmentalist community.

One of the world’s most endangered crocodilians, the Cuban crocodile, is facing a genomic identity crisis. The island’s rare, endemic species has been interbreeding with its more abundant cousin, the American crocodile, creating hybrid offspring and posing a threat to its survival. In each baby, a portion of the Cuban crocodile genome is replaced by American crocodile genes. With each subsequent generation, more and more Cuban genes are lost, and eventually the species could go extinct.

Saying that inbreeding among a population of 800 million is a problem is silly. Whites have done fine for 40,000 years breeding within their own race. Inbreeding hasn’t prevented them from creating countries everybody wants to live in.

Outbreeding destroys subspecies. When conditions of outbreeding are forced onto a human subspecies, that’s called genocide.