Now even the transcendentally beautiful field of mathematics (hey, come back, reader) is being thrown to the floor and buggered by the anti-white louts who’ve taken over the universities. And Whitey, or any other reader, will be clubbed senseless by the academic gobbledygook that vies with Spanish today to be the replacement language for English.

Political Conocimiento for Teaching Mathematics: Why Teachers Need It and How to Develop It

On many levels, mathematics itself operates as Whiteness.  Who gets credit for doing and developing mathematics, who is capable in mathematics, and who is seen as part of the mathematical community is generally viewed as White. School mathematics curricula, emphasizing terms like Pythagorean theorem and pi perpetuate a perception that mathematics was largely developed by Greeks and other Europeans.

That’s right, Ms. Gutierrez, mathematics is overwhelmingly a White creation. You might consider stopping your whining and just being grateful.

Let’s take a quick look at math, and inevitably the whiteness of it.

A friend of mine revealed his notion of mathematics by saying, “I would have thought that all the mathematical problems would have been solved by now.”

I guess when Isaac Newton invented the Calculus, he did solve his “problem” of how to express his revolutionary discoveries in physics!

But great mathematicians have created new mathematics just for the beauty and joy of it, and unlike in Newton’s case, the application of their creations can be very long in coming. When George Boole invented Boolean Algebra, he’s said to have proudly announced that his creation was absolutely “pure mathematics” that would never be applied to anything. But a century later his creation became the foundation of the computer age.

Almost all of present technology was made possible by the invention of “the mathematics of change,” the Calculus that was invented simultaneously and independently by Newton and the German philosopher Gottfried Wilhelm Leibniz. When I once said to another friend, “All of our civilization rests on the Calculus,” she was very irritated at such a preposterous idea until she did some checking.

Isaac Newton and George Boole were both Englishmen. Modern mathematics, which bears about the same relation to ancient mathematics as a jet plane does to an ox cart, has overwhelmingly been the creation of the outstanding mathematical geniuses of the European peoples. Mathematics got its kindergarten start in the differing empirical results of the ancient Egyptians and the ancient Sumerians who dwelled in the land of present day Iraq. It’s believed that the Greek mathematical geniuses who followed them developed their abstract method of logical proof (I assume Euclid’s theorem-and-proof treatment of geometry is still used to teach that subject in high school today?) partly to find where the truth lay in those two cultures’ differing empirical results for the area of a circle, etc.

After the Greeks, mathematics crept along slowly until the great flowering of European intellectual culture in the 16th and 17th centuries, when increasingly sophisticated mathematical methods and concepts were rapidly invented that culminated in the Calculus.

Quickly afterward, the Greek method of logical proof was greatly improved to put the chaos of burgeoning mathematical inventions on firmer logical ground. For as Bishop Berkeley, the man after whom the city of Berkeley, Ca. is named, had said of the illogic of the core concept of Newton’s Calculus, “Anyone who can accept the notion of infinitesimals should have no problem with any of the finer points of theology.”

But the new stringent methods of proof required the invention of ever more sophisticated mathematical and logical concepts by brilliant mathematicians such as Augustin-Louis Cauchy of France and Bernhard Riemann of Germany, and as the new concepts cleared up existing questions, they raised in turn more questions (!), giving rise to the unending creation of new mathematics that is still the principal feature of the field today!

A plurality of top mathematicians would probably vote Archimedes, Karl Freidrich Gauss, Isaac Newton, and David Hilbert as the most outstanding mathematicians of all time. A Greek, a German, an Englishman, and another German.

But enough of dead white men. Be sure to sign up for Prof Gutierrez’s course on how to teach a semester course on the Arabic invention of the zero.

Ms. Gutierriz is just one more example of the fact that so called “anti-racism” is just anti-whitism. The goal of all this white-bashing on every front is to demoralize whites so we can’t resist the massive immigration and forced assimilation with the third world that’s being carried out in our countries.

In short, the purpose of denigrating and destroying white culture is to facilitate White Genocide. 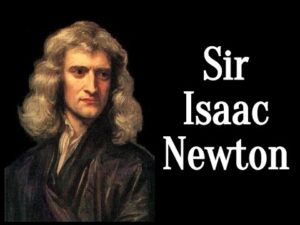 The Great White Out and Stolen Valor

Come unto me all ye sinners, but not George Washington or Robert E. Lee
Is New York City truck attack part of White Genocide?