Nobody can deny the virality anymore. 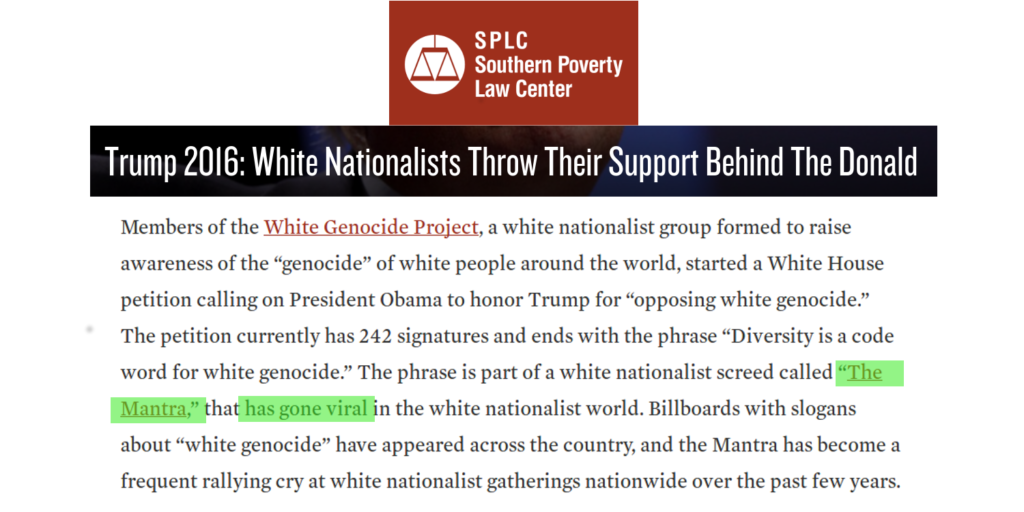 Even prominent anti-white hate groups like the Southern Poverty Law Center are quoted as saying “the Mantra has gone viral” in a recent article published by their anti-white provocateur group HateWatch.  Due to their scandalous history of libel & slander,  the SPLC were dropped by the FBI as a source of “hate groups” back in March of 2014.  Dissent towards their agenda has only continued to grow since that time.